Another straight forward recovery for our skilled In-House Investigators concluding in Nottinghamshire.

Having received an early morning call regarding the theft of two Kubota Micro Excavators from a site in Leicestershire, our Investigations team were quickly on the case.  The thieves had discovered the traditional wired in trackers, removed them and left them at the site.  Fortunately, the stolen Excavators were also protected by CanTrack Protect units.  The CanTrack Protects unique tracking technology was signalling the most probable location of the excavators. They appeared to be within a block of stables. The stables were in a very rural location in Nottinghamshire.

Nottinghamshire Police were contacted and attended the scene together with our CanTrack Investigator.  The stables appeared deserted. The Excavators were found in the stables hidden underneath some tarpaulin.  An easy find for our Investigators.

Thieves like to find secluded spots to allow stolen machines time to , ‘cool off’. This tactic could be effective, but not if the stolen machine has a covert telematics device such as a CanTrack Protect unit.

Both Kubota Micro Excavators were recovered and returned to a very grateful customer. 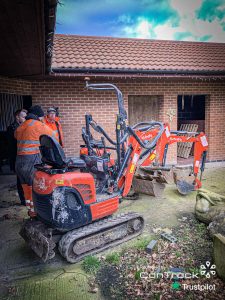 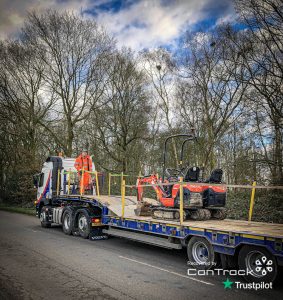