Shortly after a CanTrack Investigator arrived at the scene, we could see that, although the telehandler looked in perfect condition, there was clear evidence that the door lock had been tampered with as well as a thorough, unsuccessful search of the cabin for traditional wired in tracking units.

The owner of the machine was informed and, in conjunction with the local police, arranged recovery to the customer’s nearest depot.

Should the thieves successfully have taken the machine to mainland Europe, our technology would still be able to pinpoint the location and our Investigations Unit could work with the local police to attend, secure and recover from its destination. 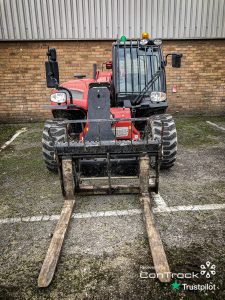